A Hidden Gem In Thailand – The City of Three Mists

Ah! Exclaimed my machete-wielding guide. “Listen. Can you hear the baboons?”. The valley suddenly erupted with the shrieks of what sounded like a thousand monkeys. It was almost as if they were warning us not to venture any closer. It was with good reason as we were very much off the well-trodden tourist path in the North West jungles of Thailand. Was this the hidden gem in Thailand that I was looking for?

I sat listening to the chorus of baboon chants for what seemed like an eternity resting my weary legs. I imagine myself as Percy Fawcett or other famous explorers of yesteryear on the trail of a lost city. Whilst this unspoilt province of Thailand known as Mae Hong Son isn’t exactly lost, it is a place where few tourists ever venture.

My journey had begun three days earlier in a place known as “the city of three mists”. Nestled in a valley guarded by high mountains on all side, Mae Hong Son is covered by mist in the mornings for most of the year. Once only accessible by a harrowing drive down a narrow mountainous road. This small city is still relatively isolated from the rest of the world even with the addition of an airport.

It’s easy to see why this remote province away from the glitz and glamour of the resorts that dot the islands in the South will appeal to travellers. Besides the rugged and unspoilt terrain, it is an ethnically diverse region which is home to the Lahu, Karen, Hmong, Liwa and Pa-O hill tribes.
I had been wanting to come here ever since my first trip to Thailand over 10 years ago. So as my flight touched down on the empty tarmac I was already feeling excited. As I stepped out of the airport it dawned on me how different this place was to the rest of Thailand.

How do I get to my hotel?

There were no taxis or tuk-tuks anywhere to be seen and my hotel was too far to walk. So I relied on the one thing that I know is guaranteed in Thailand – local help. It’s easy to see why this amazing country is known as the “land of a thousand smiles”. Over the years I have encountered so many examples of the famous Thai hospitality. So it shouldn’t have come as any surprise when a local woman approached me to help. After learning of my predicament, she promptly called a friend who had a tuk-tuk to come to my aid.

The centre of Mae Hong Son is picture perfect. The beautiful temple of Wat Chong Klang sits beside a mirror-like lake. The whole city is surrounded by fortress-like mountains on all sides. In the evenings the road on one side of the lake transforms into a street food haven. There are mats on the floor and tables offering a lakeside dining experience. You order what you fancy and take a seat somewhere amongst the locals.

I met my guide in one of the few local bars along the lake. With the local band playing through their renditions of western songs, me and Mr Chan went through the plan for the next 3 days. My journey would take me through Namtok Mae Surin National Park by 4X4 before finding a local village to spend the night in. The next two days would see us trek through the impenetrable jungle. Stop at local villages and hike over a high mountain pass before descending to our final stop. A small village of Ban Huay Pom Fat. As the Sound of Silence by Simon and Garfunkel blurred around the bar I couldn’t help being excited.

My guide along with Osu my porter and Tan our driver for the first day were due to pick me up at 9 am. But before I headed into the jungle I had to pay a visit to Wat Phra That Doi Kongmu temple. It sits at the top of a mountain overlooking the city. Having learned from my airport mishap the day before, I had pre-arranged a tuk-tuk to drive me to the top for sunrise. For those who are not afraid of steps, the alternative route is to climb up the steep steps to the temple.

I watched the sun edge its way above the horizon, illuminating the mountains and burning through the mist. A monk from the temple joined me. No words were spoken but we both sat admiring the majestic view before us.

Heading into the jungle

9 am sharp and my guide and crew were already waiting for me. We drove south through Namtok Mae Surin national park until we reached the small village of Ban Huay Hee. With a population of approximately 100 people from the Karen tribe, this village is famous for Padhi Saju’s organic coffee. My guide explained that his coffee is so famous in these parts that people from other villages travel miles on foot just for his coffee.

As the day progressed we travelled further into the hills and jungles. We passed local villages before arriving at our destination for the night. A Lisu village of around 60 people. Mr Chan jumped out of the pick-up truck to say hello to the Laosai family who he had known for 35 years. This is a part of the world that is beyond mobile phones and the internet. In fact, the last time this village had outside visitors were two years ago. So, we were again relying on that famous Thai hospitality for a place to spend the night.

As Mr Chan and Osu prepared dinner, I began to get a better sense of life in these parts of rural Thailand. The Laosai family were a grandfather in his 70s and his wife Maad. They had been married for 18 years after she escaped brutal treatment in neighbouring Myanmar. His grandson also lived there to help with the upkeep of the farm.

Their farm produced corn which was dried out in the searing sun. It was then crushed by driving a pickup truck over it and sold for animal feed as far as 100 kilometres away in Chiang Mai. The main house was a simple wooden structure with a fire used for cooking and keeping warm in the middle of the house. There were three simple mattresses around the room whilst the storage room – which was to be my bedroom for the night had room for a further two people.

Our hearty dinner consisted of green curry, aubergine and beef stir-fry, deep-fried catfish and vegetables. All prepared by Mr Chan and Osu over the open fire. As we all sat nursing our food hangovers, we somehow managed to muddle through conversations with the aid of Mr Chan translating. They were as interested in my life back home as I was with theirs.

I was woken from my deep sleep by the resident rooster at 3 am. As I stumbled out of bed and into the open, everyone was already awake and beginning their day’s chores. The day starts early on a farm. Maad was already busy creating a huge bonfire to burn all the corn leaves that had been plucked by hand the day before.

Day 2 of my journey would involve a 15-kilometre hike through dense jungle. Our next stop for the night was a Karen village high in the mountains. By this point, I had become familiar enough for Mr Chan to ask me to drop the “Mr”. Chan and Osu walked ahead clearing the path and pointing out the variety of different flora and insects. We even spotted the occasional funnel web spider, which I had a privilege of meeting in my cabin the night before.

The thing that became clear was how much pride Chan takes in his tours and the countryside. His incredible knowledge of the area, it’s wildlife and plants offers a welcome distraction from the searing heat. But he and his team actively try to maintain and clear paths as they walk on every tour. As he explained, “this isn’t somewhere that the Thai government can reach and maintain, so it’s down to us”.

Soon we had reached the base of the valley where the shade from the jungle canopy offered a welcome relief. But as we forced our way ahead this unforgiving jungle began to close its doors. Chan explained that it had been a few years since he had come through this trail and so the dense bushes had closed the way. Chan and Osu hacked away with their machetes clearing enough of an opening for us to squeeze through.

We continued our journey through rice terraces that had long been harvested. They were now just playgrounds for the buffalos. Every village we passed we were offered tea and Chan and Osu chatted with the residents.

Our stop for the second night was a small Karen village high in the mountains. We were to stay with the Nu Kai family whose small farm housed buffalo, pigs, chicken, two dogs and 7 cats. As I sat eating dinner with Chan, Osu and the family whom I was invited to stay with, I began to appreciate the closeness of these remote local communities.

I was told of a local woman who lived in the village who was now too old and weak to work on her farm. So, the whole community made time to tend to her work as well as their own. The conversation and laughter continued with the occasional smile flashing my way by my hosts to ensure I didn’t feel left out. As I lay on my mattress looking out of my window into the darkness of the jungle, I was already feeling sad that my journey would soon end.

“Now the hard work starts” Chan had told me in the morning as we began our final day’s hike. A couple of hours into the walk and I was already beginning to understand what he meant. We were crossing over a high mountain pass and down to the village of Ban Huay Pom Fat where our transport awaited us. The 15-kilometre walk involved trekking through the jungle. Crossing small streams and navigating on narrow ledges on steep gradient hills. None of which was appealing after the previous two days excursions.

Every now and again we would see a patch of land that had been cleared for farming by a village but was now abandoned. Chan explained that this sustainable farming method ensured the survival of the jungle for future generations. Rather than completely damaging the land through excessive farming in the same place, villagers would move their farms to a different location every few years to allow for the regeneration of the previous area. Chan pointed out previous farms which were now completely regrown as part of the jungle.

A true hidden gem in Thailand

We continued our journey through the day and after 3 days and over 50 kilometres we came to within an hour of our finishing line. As we sat relaxing by a stream and cooling off in the cold flowing water I began to feel a sense of sadness. The jokes we had shared. The stories I had been told. The amazing food that Chan and Osu had prepared and the families that I had met, would all soon be a distant memory. The chorus of baboon chants would fade, and I would hear that infamous ding from my phone. I hadn’t found a lost city but I had found a true hidden gem in Thailand. 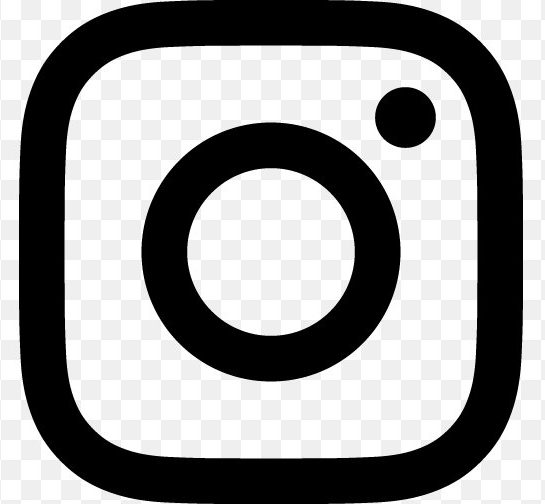